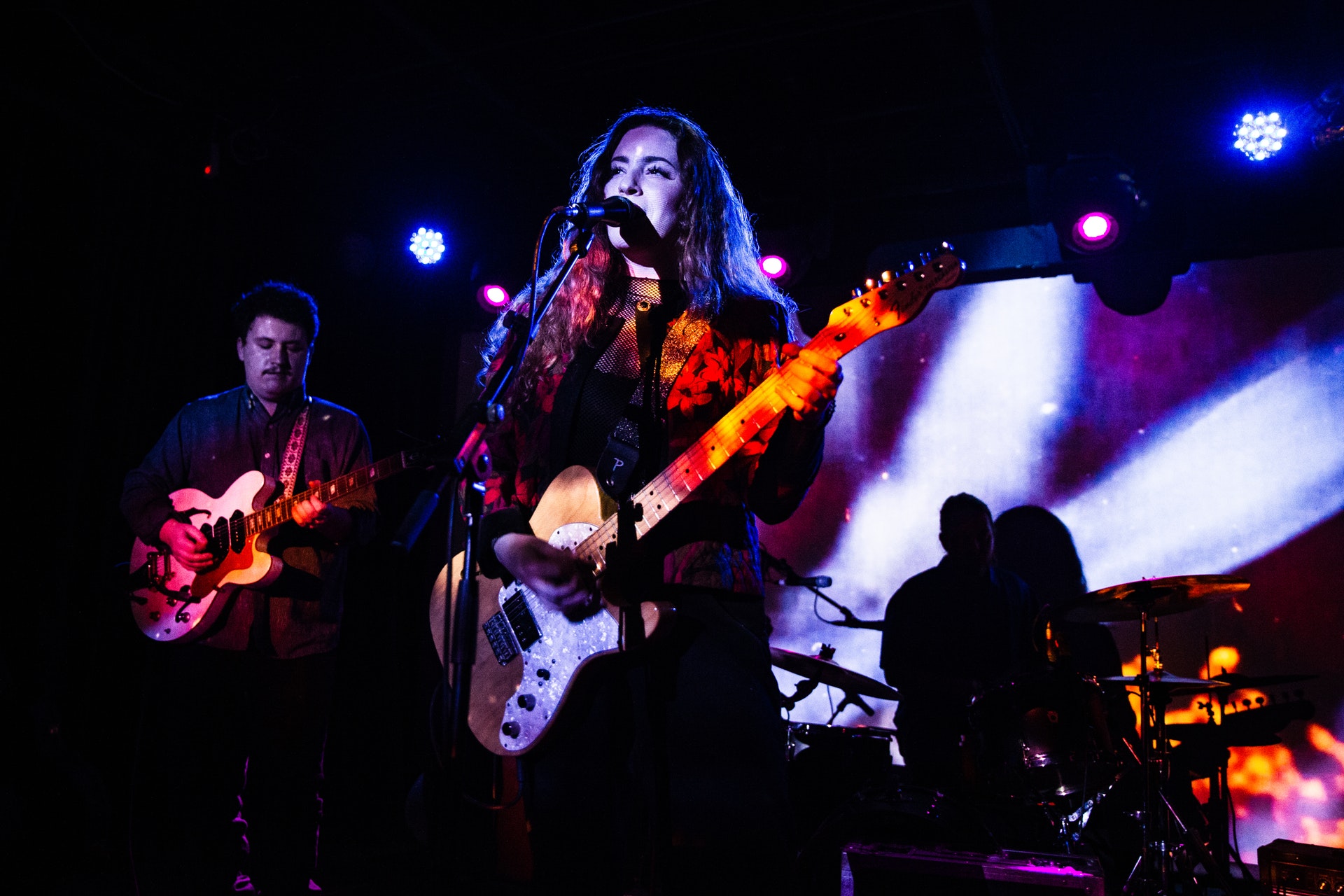 London shows are always going to be very important in terms of how they are perceived. For artists of all sizes, picking the right bills to be on or venues to play at is extremely important, as it’s where a lot of the music industry and media are based.

Here are five tips to help you navigate the live music scene in London.

1. Pick the right night of the week

Be cautious about playing in London at a weekend. Unless you’re very well established, a weeknight is going to serve you better and will maximise the attendance. You’re up against an increased number of events and mainstream gigs at the weekend, so competition is high. Plus, if you're trying to get any music industry or media along to your show, they're less likely to be working at the weekend. Monday to Thursday, that’s the trick in London when you’re establishing your band.

When you're getting off the ground in London – or in any city for that matter – remember that the priority is not being the headliner or playing the big venues. Not at first. What matters the most is that you're playing on good bills and are associated with busy shows and other good, emerging artists. What’s also very important is playing for the right amount of time. Thirty minutes is optimum when you're not headlining. It’s a snippet. It’s the best of your live material.

If you’re trying to get London industry people to come and see you play, make it as easy as you can for them. Bear in mind all the variables that can affect the way you seem to them. Some of them are outlined in the list below in section 4. Not all are within your control but do your best to avoid playing shows that might put people off. With agents, for example - it is in their interest to come and see your show if you have some momentum. They are looking for exciting new artists to represent. But don’t let that one chance you might have with that person be ruined by inviting them to a sketchy show, or to one that's difficult to get to.

When I was an agent and a new artist invited me to their show, here were some factors that would have worked against them:

5. Get the right promoters on side

Don’t confirm your band to play shows when you have no idea if it’s worthwhile, and don’t waste your time and money playing the wrong shows. Err on the side of caution, always. You ideally want to try and get good local promoters interested in your band so that you have them on the ground keeping an eye out for good opportunities like supports or slots at established nights they’re involved in. They may also give you some guidance on which shows not to play, as they’ll probably know the scene well. While we're on the subject, why not sign up here for our free online course 'How to Refine Your Pitch to Promoters'.

Get off to a good start in London and the bigger and better shows will come.

There’s been an amazing response to Early Stages since its release last week and at time of writing the book is back up to #5 in Amazon’s ‘Best Sellers in Music Business’ book chart. Also, The Unsigned Guide ran a feature on the book, which you can see here. What a result!

I’m truly taken aback by how much encouragement and support I have received from friends, family, friends of friends, people I've worked with and even people who were complete strangers up until this book project and release campaign. I also know there are people who have absolutely no interest in bands, booking gigs, or books for that matter  - but have bought a copy anyway. You didn’t have to do that, but you did and I’m very grateful.

My mum texted me recently after she’d read some of the book to say she liked it so much she’s thinking she might start gigging. I hope she wasn't serious, but I think that might be some of the best feedback I could get.

When I finished writing the first full draft earlier this year I remember thinking, “Well there we go. That didn’t take too long. Job done. Right. When can I release it?”. I had no idea of the mountain that faced me. The editing, the re-writing, the tweaking (so much tweaking), the cover design, the interior design, the proofreads, the eBook conversions, the website building, the social media posting, the obsessing, the self-doubting. It’s enough to put you off, but I’m glad it didn’t. It was all absolutely worth it, even if it means I never want to go to a gig or look at a book again.

Anyway, cheers to you all, and stay tuned for more updates.

When it comes to booking gigs there is a lack of solid guidance out there. Most bands and solo performers without an agent will have experienced the challenges that come with trying to find and book the right shows in order to build momentum as an emerging artist.

Performing live is what keeps many people learning and practising. It certainly motivated me. Musicians and artists of all types perfect their craft over many years, but after all that commitment and hard work, the rewarding shows aren’t always easy to find. You know the ones I mean:

The shows that justify all those years practising and imagining you’re playing at one of those types of shows.

I'm very happy to announce that I have written a book about the live music business, to provide an accessible framework to follow for anyone without professional representation. It's called "Early Stages: A Guide to Booking Gigs" and it comes out today in paperback, Kindle and PDF formats.

Whether you're working to position your band as an exciting emerging outfit, with the aim of generating interest from the music industry, or if you want to become your own booking agent on a long-term basis - Early Stages offers practical advice based on my own experiences of touring in bands and later working as an agent in London.

For anyone trying to establish themselves in a band or as a solo performer. For anyone looking for better exposure on the live music scene.  For anyone needing to get better deals for their live engagements.  For anyone carving out a career in the music industry as an independent booking agent, manager or promoter.

Click here for more info, where you can also see what other people have said about the book so far.